Please ensure Javascript is enabled for purposes of website accessibility

You have no items in your shopping cart.

Billabong
During the late 60’s and early 70’s, the surfing lifestyle meant getting in your kombi van packed to the rafters with surfboards, surfmaps, tents and sleeping bags and heading to the coast for classic surfing safari.

Where one ended up depended entirely on the waves. One day you could be riding the hollow lefthand reef-break at Summercloud Bay on Sydney’s south coast, the next morning you could wake up at Angourie on NSW’s far north coast.

The weather map dictated which direction these free-spirited wave hunters would point their kombi, and nobody knew how to read weather map better than ex-Maroubra surfer Gordon Merchant. He had an uncanny ability to turn up at the right beach exactly when it was ‘going off’ (that translated means when the wind, tide and surf combine to produce perfect waves).

It was after one such magic surf-run up the coast, in search of that inevitable Pot of Gold, that invariably punctuated his surf safaris, that meant Gordon simply did not return to Maroubra. He had found his surfing Utopia, a  20 miles stretch of golden beach and perfect point breaks.

AS far as Gordon was concerned this was Meca- averaging 300 days per year of good quality surf, where one could wear boardshorts or baggies for 9 months of the year. He settled in quickly and it was not long before Gordon was making a significant contribution to the Gold Coast’s infant surfing industry.

As a shaper, Gordon made a huge breakthrough when he introduced a surfboard with a tucked-under edge, a development that aided Joe Larkin’s team-riders Michael Petersen and Rabbit Bartholomew in their ascension to the top world surfing.

As a surfer, Gordon saved many a wiped-out surfer from grief when he developed the first leg-rope. Sure, it was a primitive device by today’s standards, but anybody who has had to scramble over the rocks at Burleigh Heads on a big day owes Gordon a schooner.

In 1973 Gordon and Rena Merchant began producing handmade boardshorts under their flat overlooking his beloved Burleigh.  They were tough as teak, able to withstand not only the elements,  but also able to absorb the sort of punishment that local juniors Guy Omerod and Rabbit Bartholomew would put those first issued
trunks through.

From those humble beginnings, Billabong was born.

You have no items in your shopping cart. 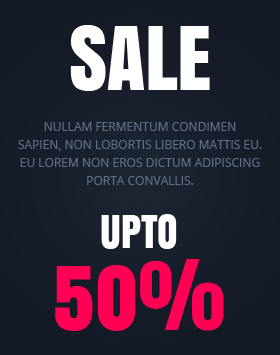